Post doctoral researcher in TiP, James Maguire, has written a debate piece for Finans.dk about the marriage between the Danish state and Big Tech companies, who are moving in on Danish soil to build data centers and to fulfil their promises of 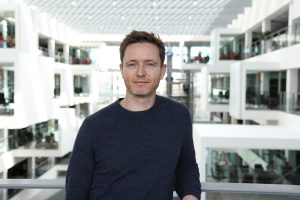 Maguire points out that it is still unclear how Big Tech will meet the expectations of investing in renewable energy, as no plans have been agreed upon in regards to where to locate these massive wind turbine farms. As the construction of Apple’s data center in Viborg is steadily taking shape, an important question remains unanswered: Where will the energy supply for the energy consuming data centers come from?
Read more in the debate piece here (in Danish).

James Maguire is part of the TiP based research project Data as Relation, where he conducts research on the subproject “Locating the Dataverse”. This subproject interrogates the processes of locating and materializing data through the emergence of the data center industry in Denmark. With a focus on the relations between local government, state actors, and Big-Tech corporations, the project analyses transformations in cultural imaginaries of the future in and beyond the sites where data centers are being located. This includes an attentiveness to questions of energy and infrastructures, as well as the shifting political geographies of data as both stuff in the world and a way of thinking about the world; that is, as both material form and analytic.