TiP will be hosting Senior Lecturer Richard Tutton, of the Centre for Science Studies, Lancaster University between April 4th and 14th. Richard is visiting through the ERASMUS scheme. CSS was founded in 1986 and has an important centre for the discipline of STS throughout the decades.CSS will also be the host of the 2018 EASST conference, July 25-28, and we hope Richard will give us a preview of some of the great things planned.

During his visit, Richard will be giving a talk based on recent work called “Silicon Valley and its Multiplanetary Imaginaries” on April 6th at 14:00 in 3A08.
Richard will also lead a discussion in the ETHOSLab called “A Speculative turn in STS”? on Monday 9th April, 13-14, linking in with the Lab’s 2018 theme, Speculative Instruments. 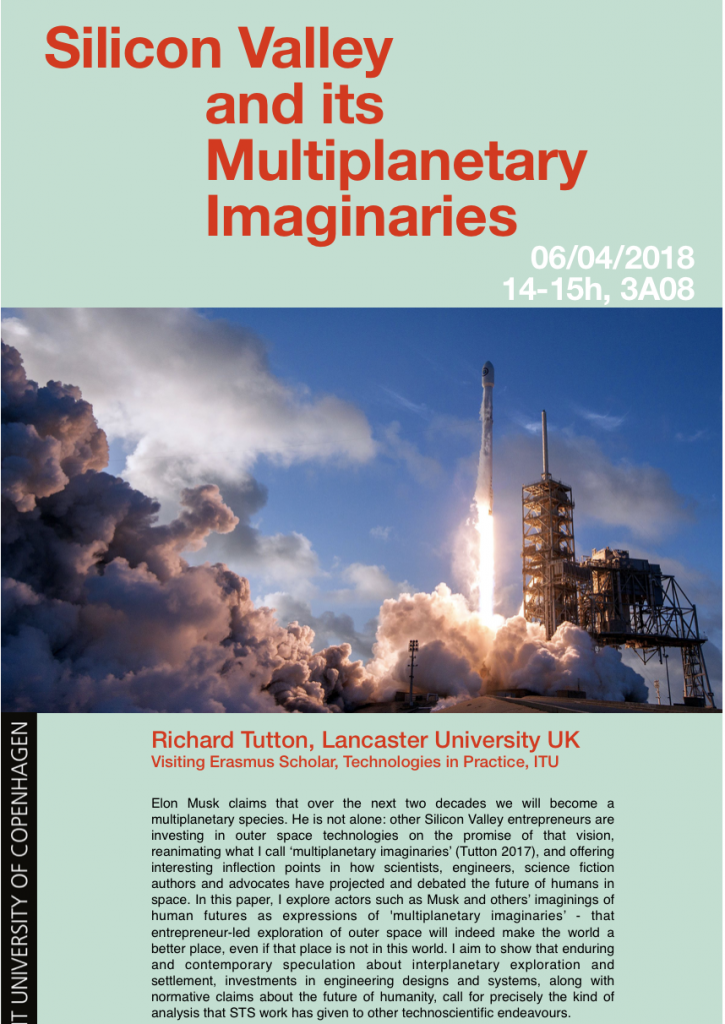