Nick Seaver, Assistant Professor of Anthropology and core faculty in Science, Technology, and Society at Tufts University, visits the ITU and gives a talk about care and scale in the context of digital music streaming and personalization.

After the talk, there will be a workshop where participants are invited to collaboratively reimagine potential relationships between care and scale (or other guiding values) in their own empirical material.

Registration: For the talk, no registration is needed. Seats are available on a first come, first served basis. If you want to take part in the workshop, please register by e-mailing Lea Enslev at leen@itu.dk, as seats are limited.

Care and Scale: Decorrelating the Desires of Data Science

Nick Seaver has provided the following abstract about the talk:

“This talk attends to contemporary rearticulations of the relationship between care and scale, in the context of digital music streaming and personalization. Many recent critiques of big data presume that care and scale are antagonists: as software systems work at larger and larger scales, they become more and more careless. Thus human “curation” is apparently more careful than large-scale algorithmic recommendation; the workshop more careful than the factory; ethnographic engagement more careful than statistical analysis. While we might point to more and less careful instances of any such example, there seems to be, in popular and critical discourse alike, a carelessness intrinsic to scale. This poses something of a problem for commercial practitioners of data science, for whom scale (and scalability) is a core technical and economic value, but who also do not wish to be (or be seen as) “careless.”

Here, I describe how my ethnographic interlocutors—developers of algorithmic music recommender systems in the US—tried to “decorrelate” care and scale, to separate these values so that they might be pursued simultaneously and independently of each other. Decorrelation, a mathematical operation used in algorithmic profiling and audio analysis alike, serves as a metaphor for thinking about values and their potential reconfiguration. The talk pursues a lateral anthropology of care and scale, drawing the decorrelative imagination of my engineer interlocutors into conversation with work from STS and anthropology (including Anna Tsing and Maria Puig de la Bellacasa). Through this, I seek a purpose for the anthropological analysis of data science beyond rehearsing a commonsense correlation between carefulness and the small scale. Instead, I propose that an anthropology of data can orient itself toward the empirically grounded multiplication of possibilities.” 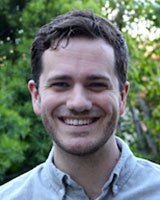 particularly regarding music, taste, and attention. He has written on topics including the commercial use of “context,” anthropological theories of trapping, and ethnographic methodologies for studying algorithmic systems. His current book project, Computing Taste, explores the theories used by developers of algorithmic music recommender systems to explain and justify their work. He is starting a new, large-scale ethnographic project on the technocultural life of attention in the contemporary United States.