Line Marie Thorsen is a Research Assistant on the Alien Energy project for six months during 2014. Alien Energy is a comparative research project, looking at the impact and effects of renewable energy initiatives at three European sites: Denmark, Iceland and the Orkney Islands. 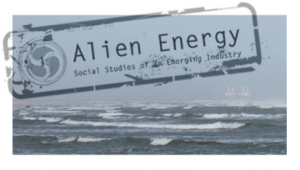 Sitting at the intersection of Anthropology and Science and Technology studies, the project is examining how relationships between technologies, humans and nature are reconfigured through green energy initiatives. Part of the Energy Futures Research Initiative at the IT University, Copenhagen, the project is very much in progress, and Line’s role is to develop an exhibition which is both part of the research and an experiment in method for the project. In the discussion below, she explains how she came to be involved and how her background in Art History prepared her for the collaborative enterprise envisaged.

Rachel Douglas-Jones : Hi Line. Thanks for joining us for Te i TiP! Can you tell us a bit about how you came to take on this role for Alien Energy?

Line Marie Thorsen: I was hired to assist in the production of an exhibition that is part of the Alien Energy research and an experiment into methodologies of how an exhibition can play into a way of both understanding a own research field and disseminating it to an interested public.

My main interest is the production of exhibitions, creating knowledge and researching in general through the exhibition as a media. I worked for three years in the National Gallery, and the Alien Energy overlaps well with my interest beyond art history, because I have become interested in looking at how STS methods and concepts developed by people like Bruno Latour can feed in to ways of thinking about aesthetic practices in cross disciplinary fields like disasters and climate change.

Rachel: That’s pretty interesting! How are you conceptualising the exhibition at the moment??

Line: I’m fascinated by exhibitions as a research practice in art history and theory. In that field, they are a way of telling stories through visual and spatial juxtapositions of objects in different kids of ways. Exhibitions are regarded as a medium, thought of as a way of transmitting different ideas and notions and ways of thinking. In bringing together curatorial practices and Alien Energy, it really is a mode of exerperimenting with how you can both talk about research in a public, accessible way, but also something for researchers to use to get to know their field better.

Rachel: And Alien Energy? How are you thinking people might engage with it?

Line: Climate change is currently a fairly big thing artists are engaging with, so it is also something contemporary exhibitions are trying to mediate. I think it poses some specific challenges in the sense that climate change is such a big thing, it’s quite hard to grasp what it is. It’s a lot of different things and a lot of different things to different people. Within the context of Alien Energy it’s tied to the production and research of marine based techniques of renewable energy. So far, my thought is that we should use exactly these marine energy test sites as talking about renewable energy, what this means in the perspective of transforming our society into a perhaps a more green, sustainable and climate friendly one.

Line: Well, that’s part of the big question, the big experiment! We have to think about things differently in order to mediate it for a public that doesn’t already know what you’re talking about. You might not want to use the same ways of describing things as you would in an academic article, it is a different medium. So as I see it, the form of an exhibition is a way of experimenting and researching how, as researchers, the Alien Energy team can prompt themselves to think differently about their field of study in order to make it an exhibition. It might be to translate it into, for instance something visual, or a different set of storytelling devices. We are in the process of laying this out, and are meeting, drawing on lots of different kinds of inspiration. It’s perhaps not been done a lot in STS, but in the field of Art History, creating exhibitions and discussing them is exactly how you conduct research. You make an exhibition. Its a process of drawing partly on what people already know but also a way of working into their knowledge, finding how they want to make that knowledge visible. There are a lot of practical aspects of it: who do you want to communicate it to, where, when and in what format?  So my role is to help the team with that transition from their research and what they’ve been doing so far into this exhibition thinking space. But also, taking care of the huge amount of practical work that needs to be done for something like this.

Rachel: And have you done or studied anything like this before? 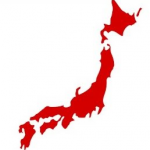 Line: Yes, so for my Masters, I did fieldwork in coastal Japan, researching how Japanese artists responding to the tsunami and nuclear reactor disaster in 2011. It was an amazing, strange and wonderful experience. I was very lucky in the people I met, who were able to help me overcome the huge challenge of the language barrier. Because people were extremely interested in talking about their work, they found others who were willing to act as translators. There was one particular gallerist who had grown up in America as well as Japan. It was the luck of my entire stay that I met him. Fieldwork is strange in an Art history context, but I realised that that if I wanted to write about this topic it wouldn’t be possible to do it from Denmark. One of my points with the whole thesis was to say that these artworks and art practices are entangled in the local environments and the places they are part of. So it would have been counter intuitive for me to make that argument – that its impossible to separate the art practices from their environments and the spaces they were created for   – while sitting here in Denmark, never having been there.

Rachel: What kind of responses did you find?

Line: All kinds! It was an extremely broad field. I focused on the artists who engaged in specific cities, and problematics that arose from the disaster. So for instance, one of the artists I talked to a lot and wrote about started as a volunteer worker along the 500km of coast that was destroyed. Lots of people volunteered, chefs cooked, teachers taught.  Artists, especially contemporary artists started to do different things related to their practices. They began to translate their normal art practices into something that could help in these areas. Nishiko, who had lived for several years in Holland, told me that she started to clean up and figured out that something she could do was repair things, as part of her art practices. At first she lived with different people in temporary housings trying to figure out how their everyday looked like to find out how she could help the best. She found that many people had lost everything and needed to talk about their experiences – the people and things that they had lost. So she started to go out to these areas and find broken things and would take them back to the studio and start repairing them. In doing this she talked to people in the areas, met people trying to find some of their belongings which was impossible, really. But she describes it as people just wanting to keep busy, really needing to do something even if it meant being in the debris looking for things that were impossible to find. Her repairing work developed into a huge project, which she called ‘Repairing Earthquake Project’ where she repaired things in an open studio, and people could come and talk to her about it. The way she put it, people experienced the broken things as a gathering point for different concerns they had in the experience of losing their homes and towns. This was also something mirrored in her own experiences: she needed to work through it.

Another artist I spoke with started as volunteer worker. On his way home by train he went through the Fukushima region where the nuclear power plant had melted down and noticed there were still a lot of people there, even though the area had been evacuated. He got off and started talking to them, and found that lots of them didn’t want to move away, since these places were still their homes. So he got a bunch of friends together, people who were willing to travel into the radioactive areas and started working on collaborative public area projects. How do you get strangers to work together in a project? He was interested in creating a sense of solidarity and togetherness. The people of the city where he worked had lost their lighthouse in the tsunami. Since it was the symbol for their city, he suggested that he could build a new lighthouse and they could raise it, together. In his telling, people became invested in the project, created a festival around it, and in the end, he was just managing something that they had taken ownership of. The city was within the quarantined areas, under 20km from Fukushima, but on the day they raised the lighthouse, around 600 people ended up coming to see it. So a lot of these – yes, they are art practices, great art and aesthetic practices, but they are also a lot of other things. There is so much going on.

Rachel: Those are extraordinary stories. How do you think you might feed that experience into the Alien Energy exhibition, or plans you have for the future?

Rachel: You talked about the exhibition taking place in a specific context – do you mean Denmark?

Line: Yes, but the research project is not just happening in Denmark, researchers are working in Iceland and Orkney as well.  So one of the challenges is to tell the stories of Alien Energy in Iceland, Denmark and Orkney together. How will we activate these three different sites through the same exhibition and same place. While nothing is yet fixed I doubt it will be a traditional exhibition of pictures and objects. It might be more of a walk, engaging participants in a different kind of stories, tying together ideas in new ways, as a mode of communicating the project’s aims and reconceptualising the ideas involved.

Rachel: It sounds great, I hope we’ll be able to check back in with you to find out how it develops!

Line: Absolutely. There’s an Alien Energy website you can also check. We’ll be working with people who have skills in documenting the exhibition once it takes place. Things are developing really fast at the moment and like any exhibition, we are dependent on collaboration with a lot of different people, joining as things move forward.