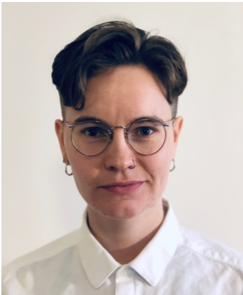 The dissertation explores generational dynamics of youth climate activism in Norway’s oil capital, Stavanger, and the local and situated dilemmas of phasing out fossil fuels in the context of a welfare society that understands itself as enabled by technologies of oil and gas production. Because carbon emissions from oil and gas and their impact on the global climate are one of the most important defining challenges of this generation of young people – in Lautrup’s own opinion and in that of the young Norwegians they met – Lautrup names them ‘Generation Carbon’. In the dissertation, Lautrup focuses on climate activism as one response to the predicament of Stavanger’s Generation Carbon.

Drawing on nine months of in-person and online ethnographic fieldwork, Lautrup demonstrates that climate change in Stavanger is causing experiences of loss, demands for technoscientific facticity, as well as shifts and changes in what is regarded as ‘doing good’. Out of the combination of experiences of loss and attempts to realign with a tradition of Norwegian goodness – encompassing the universalist welfare state, environmentalism and peacebuilding – grows an activism with a particular window of opportunity to act on the experiences of loss through activism.

The central argument Lautrup puts forward in the dissertation is that the oil-saturated social environment of Stavanger produces an activism that works from the theory of change that the future can be refigured through caring for social relations in the present despite radical disagreement. Refiguration is a pivotal way of bringing an undesired future of climate catastrophe back into a shape where it is no longer in jeopardy. This relationship between activism and the future grows out of an implicated and caring activism that acknowledges and works from the premise that it is relationally intertwined with and presently benefits from that which it aims to change.

When PhD students are at the right stage of their studies, they resurrect the longstanding institution of the STS Reading Group. Previous seasons of the Reading Group can be found here