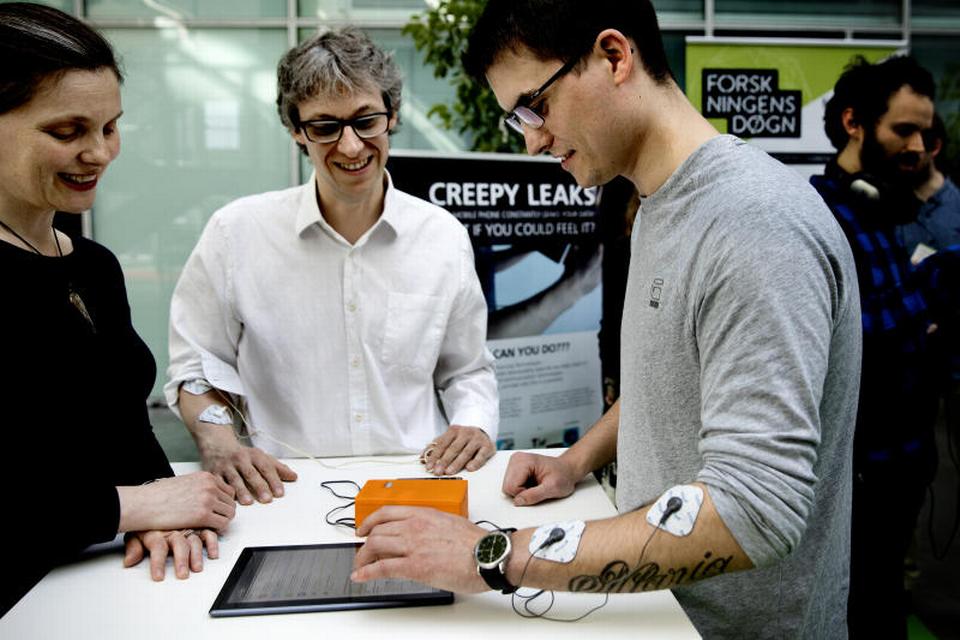 As part of ‘Forskningens Døgn’ where ITU opened the doors for visitors to show what kind of research goes on at the university, the Creepy Leaks machine was there to physically remind people of what happens when their personal data is leaked to third parties.

The machine sends electronic impulses through your body when you use apps that without your knowing of it share
data with other companies. According to Politiken’s reporter, it was an ongoing stream of small shocks he felt in his own body, as he browsed through sites and apps.